A newer version of this app is available. Click here to update.

Why Do Computers Use Binary?Transistor to perform calculations with binary 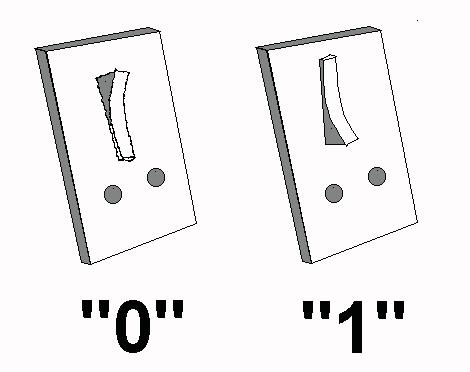 Nowadays, digital system is used to store information that is stored using the difference in voltage levels. For example, a low (or 0) can be represented using 0 volts and a high (or 1) can be represented by 5 volts. The circuits in a computer's processor are made up of billions of transistors and each of these transistors can attain two states  on and off and we use 0 and 1 to reflect these on and off. Thus, we use binary number system in computers.

Transistor to perform calculations with binary:

the early room-sized computers used binary to build their systems, and even though they used much older, bulkier hardware, we’ve kept the same fundamental principles. Modern computers use what’s known as a transistor to perform calculations with binary. Here’s a diagram of what a field-effect transistor (FET) looks like:

Essentially, it only allows current to flow from the source to the drain if there is a current in the gate. This forms a binary switch. Manufacturers can build these transistors incredibly small—all the way down to 5 nanometers, or about the size of two strands of DNA. This is how modern CPUs operate, and even they can suffer from problems differentiating between on and off states